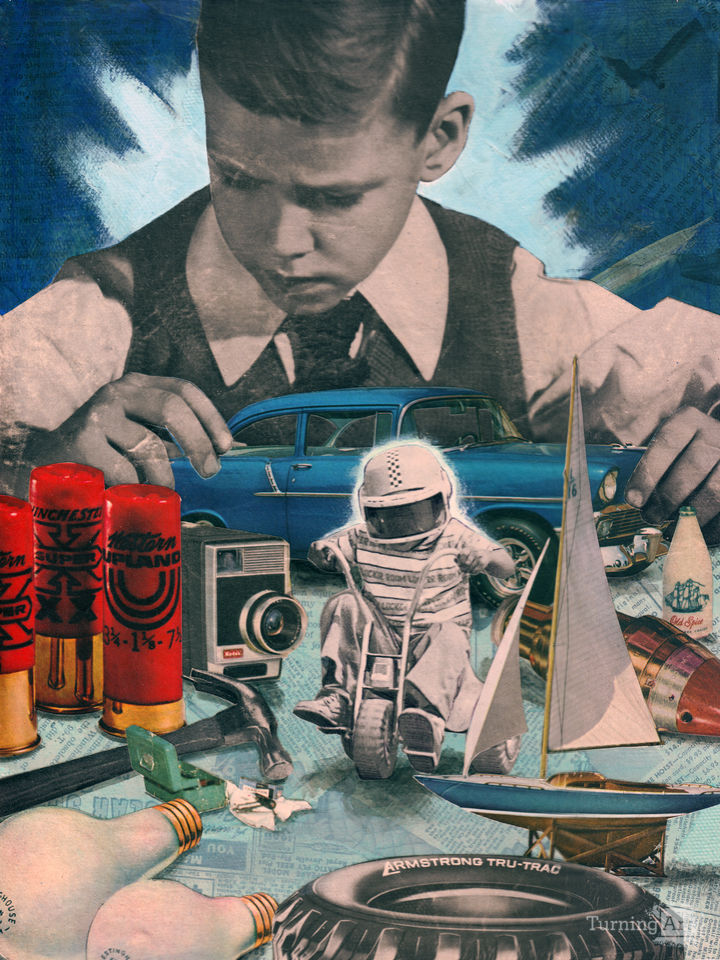 Ray's work attempts to simultaneously dissect and comment on the development of advertising and media in our society. The most popular toys of the 1950s are still around today; surviving brands include Matchbox Cars, Mr. Potato Head, Pez, Tonka Trucks, and Yahtzee.

Other works by Ray Sell

The work of Ray Sell attempts to simultaneously dissect and comment on the development of advertising and media in our society. Much of Ray’s work focuses on the impact the media has had on the male archetype. Ray uses images and magazine clippings from a vast swath of media produced over the last sixty years as his primary medium.

Ray hopes to create a forum for reflection and debate by questioning the ethos by which our culture rears its male brood. Appropriating vintage images of motorcycles, muscle cars, nude women, fierce beasts, cowboys and Indians, Ray has created a new message through the process of re-contextualization. By removing the images from their original contexts, he strips them of their original meaning.

Ray received his Bachelor of Fine Arts in Illustration from the School of Visual Arts in New York. Ray’s artwork has since been displayed across the world in places such as New York, Miami, Asbury Park and Ireland.