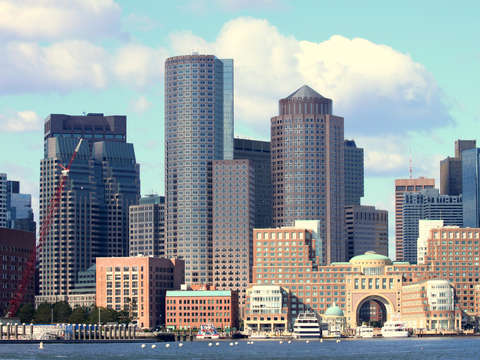 Boston as seen from Boston Harbor

Boston is the capital of Massachusetts and its largest city, and is one of the oldest cities in the United States. The largest city in New England, Boston is regarded as the unofficial "Capital of New England" for its economic and cultural impact on the entire New England region. The city proper, covering less than 50 square miles, had a population of 617,594 according to the 2010 U.S. Census. Boston is also the anchor of a substantially larger metropolitan area called Greater Boston, home to 4.5 million people and the tenth-largest metropolitan area in the country. In 1630, Puritan colonists from England founded the city on the Shawmut Peninsula.During the late 18th century, Boston was the location of several major events during the American Revolution, including the Boston Massacre and the Boston Tea Party. Several early battles of the American Revolution, such as the Battle of Bunker Hill and the Siege of Boston, occurred within the city and surrounding areas.