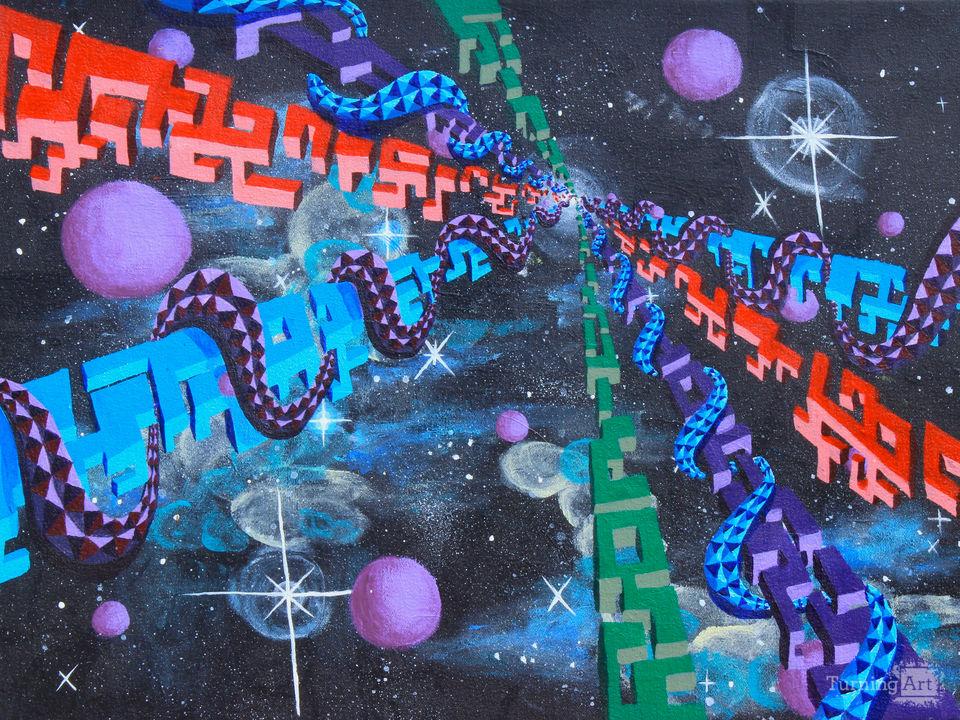 Birth Of The Akashic Record

Other works by Andy Reed

Andy Reed (Infinite Geometry) is an artist whose visual alchemy captures a visionary journey through music into inter-dimensional landscapes — with prismatic colors, geometric shapes, and an ancient glyphic light-language amongst organic and terrestrial conceptions. Originally from northern New Jersey (but now living in Asheville, NC), his work represents the energy of another realm, making you feel as though you are peering into another galaxy and understanding that there is a possibility for life outside that of which we are familiar.

This past year (2012) his work was featured during the 'Rising' exhibit at the Blackfaun Art Gallery in Eureka, CA alongside Amanda Sage, Roman Villagrana, Andrew (Android) Jones, Luke Brown, Ashely Foreman, & Meghan Oona Clifford for the month of August. His work has been included in the aTone Mayan Tonal group showing in downtown Asheville, NC at Blend Gallery & Hookah Bar, as well as for the "Natural Beauty' exhibit group show at the WE Gallery in Akron, OH. His work was displayed at Moog Fest 2011 at the Thomas Wolfe Auditorium in October 2011, the Tribe 13 Gallery (Ukiah, CA) for the "Emergence" exhibit in February 2011, The Circle Glass Shop & Art Gallery (West Asheville, NC) in February 2011, The Garage At Biltmore (South Asheville, NC) in March through April 2011, and at The Roland Ramos Gallery (Hoboken, NJ) in May 2011.

"I aspire to inspire and be inspired. Intuitively I am on this path, manifesting what I need when the time is right, co-creating and bridging the gap of humanity with the divine, while helping to evolve and raise the collective vibration to its highest potential. We are all eternally blessed to be sharing space on this planet at this given moment. The future is ours to create, follow your bliss."