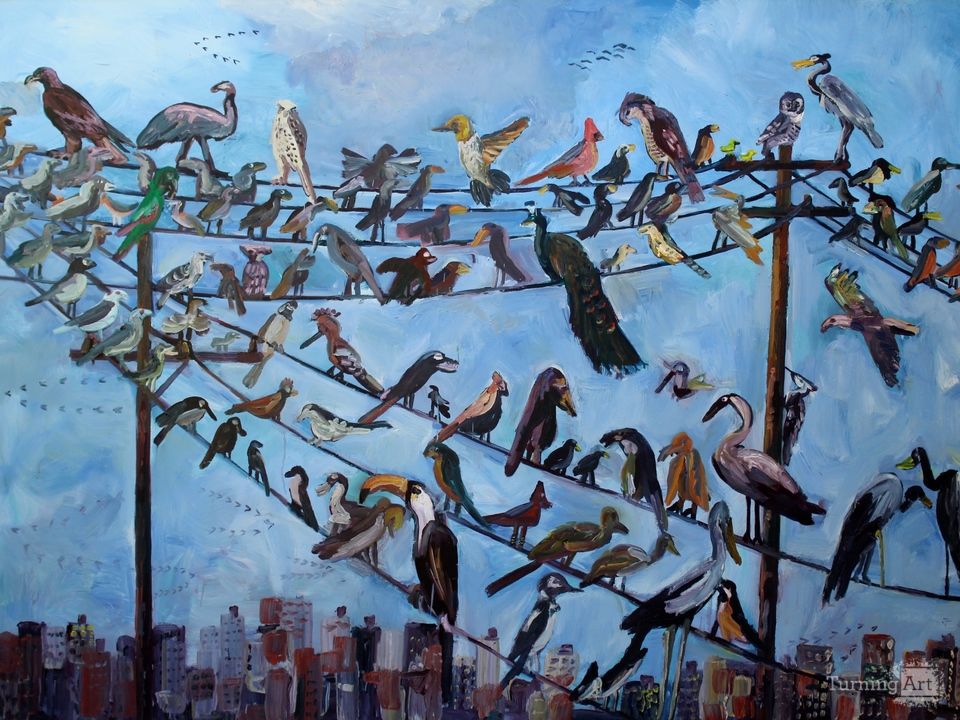 Birds on a wire

I tried to put every bird that I could think of on these wires.