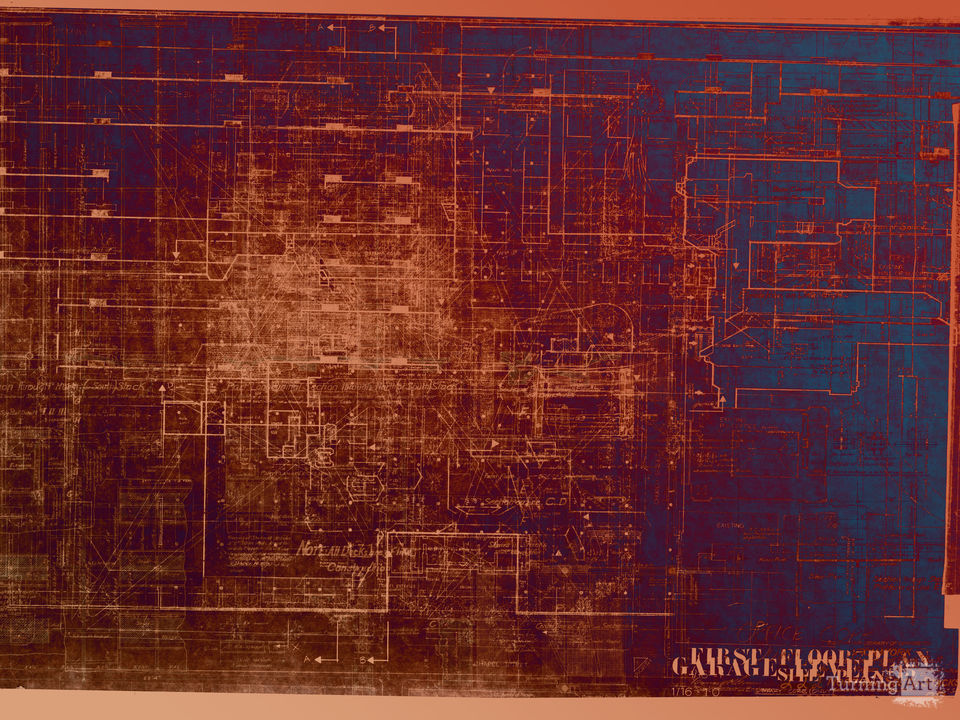 Best Laid Plans 18: Time and Space takes a look at why we need space and time, and why we don't build buildings with every floor occupying the same space.

The “Best Laid Plans” series is made from plans, schematics, blueprints, sketches and scribbled fever dreams. Sometimes they are internally thematic—sometimes not.

The idea is that, despite our many plans and ideas, things still go wrong. Buildings crumble, wars happen, chaos, accidents. Life.

Along with the actual buildings, the plans themselves crumble, fade, get folded, forgotten, stained, and torn.

Like the resulting structures and events, the plans themselves are sometimes sweetly naive. Other times, they stand against time and endure. And just as often, the passage of time imparts its own influence and aura—improving on, elevating and validating the plans.