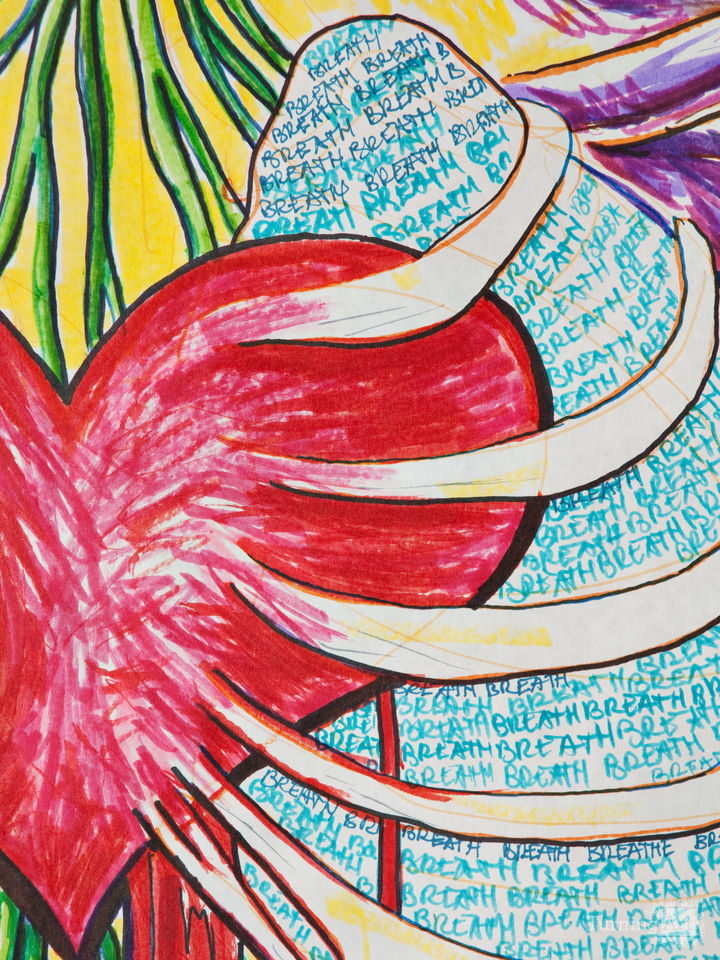 detail shot of "being"

Other works by Dylan Ross

Born in 1988, Dylan Ross was raised in Douglas, Georgia. From an early age, Dylan's talent as an artist was both recognized and facilitated by his family and public school art teachers. After graduating with Honors from Coffee High School he attended South Georgia College. As a member of the Dean's List Dylan graduated with an Associate's Degree in History in 2009 and enrolled in Kennesaw State University as a pre law student. Currently focusing full time on his artwork, Dylan completes high quality pieces for private collectors around the world, including many celebrity clients such as Basketball Hall of Famer Dennis Rodman and World Heavyweight Champion Lennox Lewis.

Ranging from sprawling murals to small doodles, Dylan's work takes on many different subjects and themes. A majority of his most recent works can usually be defined by rich vibrant colors and textures, coupled with hard lines and crisp curves. His mastery of unconventional mediums such as chalk, crayon and marker help make his artwork both recognizable and unique.