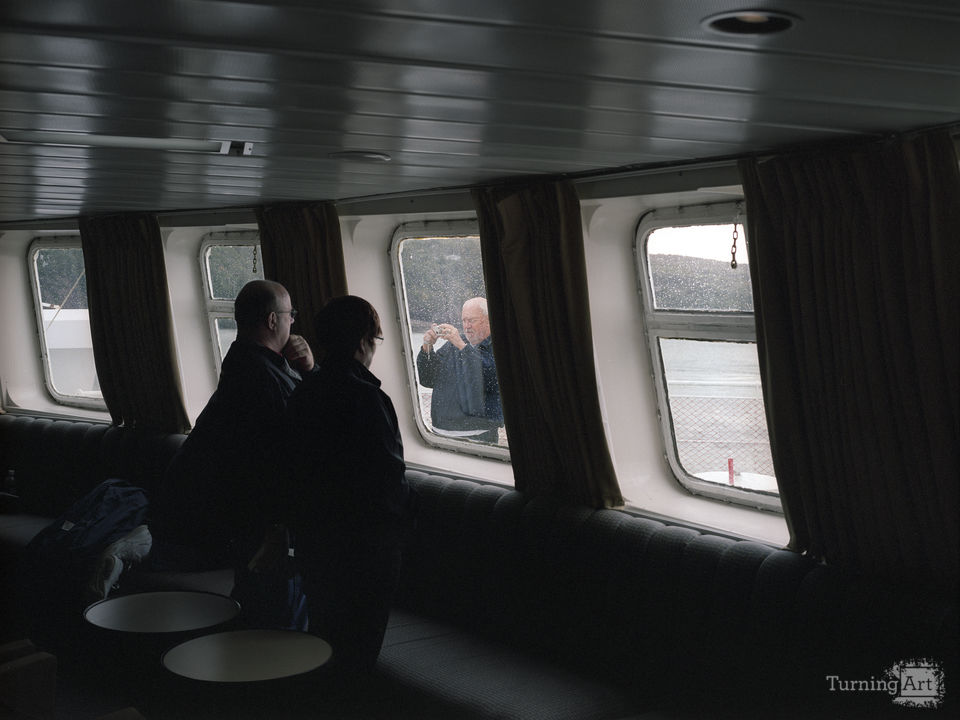 The Bay of Fundy is located between the provinces of New Brunswick and Nova Scotia, and is known for having the highest tidal range in the world. Folklore in the Mi'kmaq First Nation claims that the tides are caused by a giant whale splashing in the water. The Princess of Acadia ferry crosses the Bay of Fundy twice daily between Digby, Nova Scotia and Saint John, New Brunswick. Constructed in 1971, the 87 ft long ship carries a crew of 28 and has a capacity of 650 passengers.

Other works by Aaron Kreiswirth

Aaron was born in Toronto, Ontario and lives and works in Brooklyn, NY. He has an MFA in Photography from Pratt (2007), an MA in Media Studies from the New School (2004), and a BA in Philosophy from Cornell (2000). In 20011 he was selected for the “NURTUREart Benefit Group Show” at Bernarducci Meisel Gallery in New York, and the Time Equities Inc. ‘Art-In-Buildings’ group exhibit, “Into the Light,” at Dufferin Liberty Centre in Toronto. In 2012 Aaron received a ‘Boomerang Fund for Artists Grant,’ and in 2011 was awarded the ‘Curator’s Choice Award’ by Guggenheim Museum Associate Curator Nat Trotman at the Brooklyn Waterfront Artists Coalition exhibit, “Wide Open 2.” Aaron's photographic practice is rooted in a love of travel and exploration, and his work reflects a preoccupation with form, color and the subtle juxtapositions to be found in both urban environments and natural landscapes. Along with his photography Aaron works for a non-profit archive of 20th century European and Russian history.