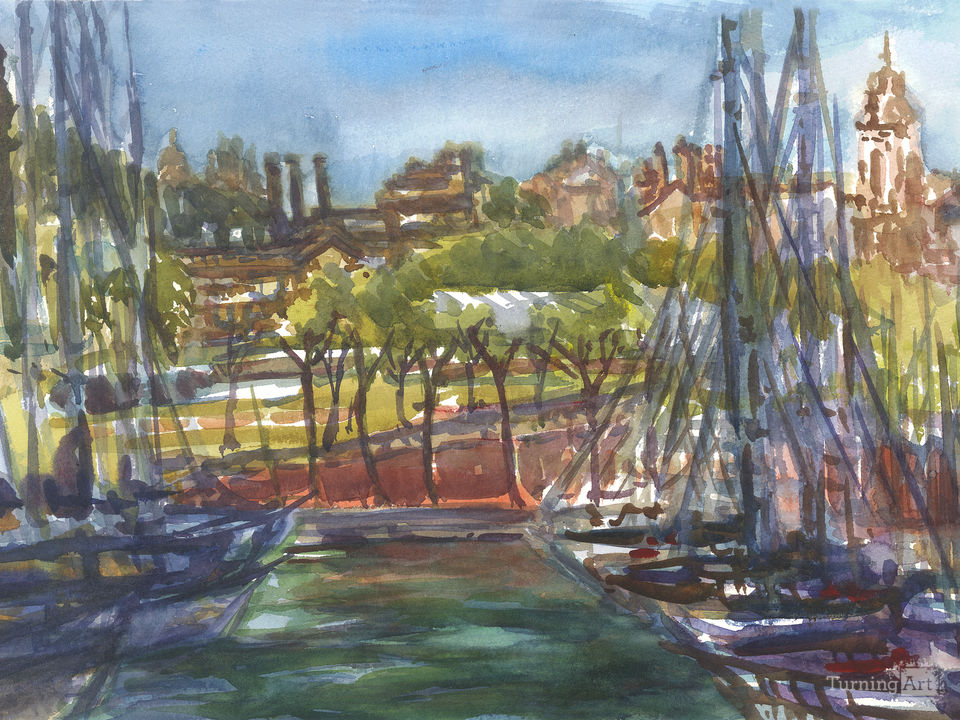 Plein Air watercolor painting done on the streets of Barcelona. Looking at the skyline of old town Barcelona.

Other works by Ron Libbrecht

Born and raised in Southern California, Ron Libbrecht began studying oil painting at the age of twelve and continued through post-secondary school, attending CSULB for both his B.F.A. and M.F.A. in drawing and painting. Ron currently teaches at the Torrance Cultural Arts Center and works at Automatic Printing, where he now has opened the APC Fine Arts Gallery. There one can see a variety of artwork—particularly his most recent work and that of artists with related ideas.

Ron is now taking viewers through Europe via plein air painting. Destinations include Florence, Sorrento, Rome, Venice, Lake Como, and Lake Maggorie in Italy; as well as Paris in France. While visiting these locations, he produced several paintings and drawings to serve as a catalyst for further exploration at his home studio.