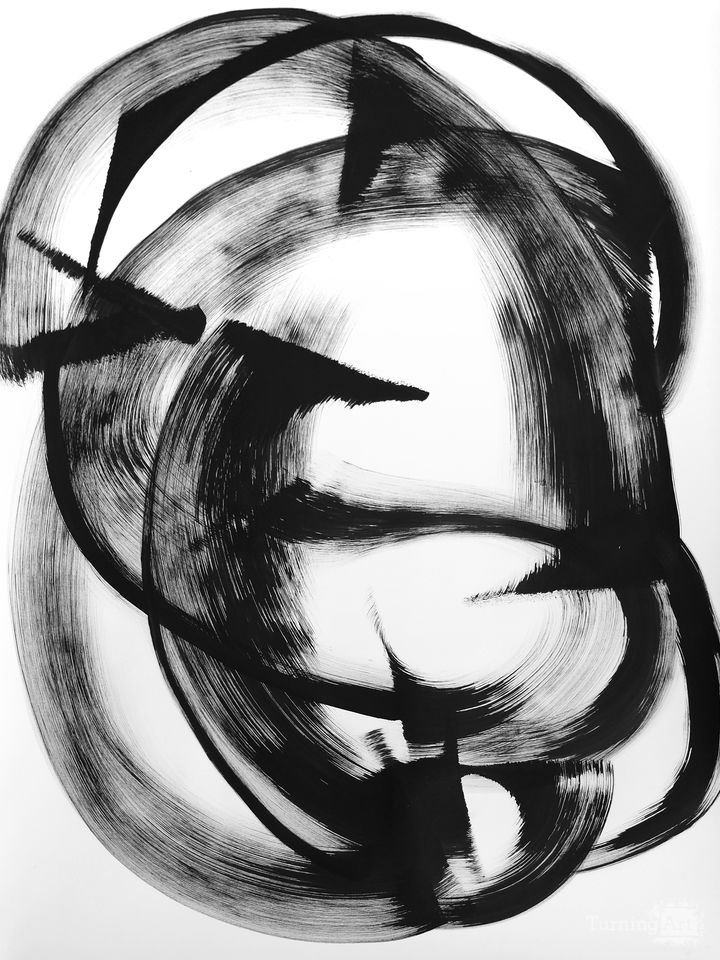 Thomas Hammer (b. 1985) is a New York-based artist best known for his ink works on paper and acrylic paintings on canvas. His ink works, created with a unique tool that’s a fusion of a squeegee and a brush, are inspired by the spontaneity and vim of post-war action painting, though they employ a unique vocabulary of mark making. He creates a sense of depth through the variety of textures that vary between smooth and flowing, staccato and rhythmic.

Other works by Thomas Hammer

Thomas aims to create emotionally impactful works that explore relationship between human activity, our natural surroundings, and the possibility of disaster. Though non-representational, his works are inspired by photography – particularly images of vast landscapes, outer space, and major meteorological events. His work alternates from organic and spontaneous to strictly linear and mechanical. He aims to balance these forces to create work that is chaotic, but still controlled. To him, a successful piece is viewed as a window to an imagined space rather than as a physical object. His artworks include gestural black and white ink drawings and more colorful canvases and works on paper.

Thomas Hammer was born in 1985 and grew up in Ithaca, NY. He completed his BS at Cornell University and started his career as an interaction designer at digital agencies in New York City. There he began his artistic practice. His work has been included in exhibitions across the country and has been placed in collections locally and internationally.