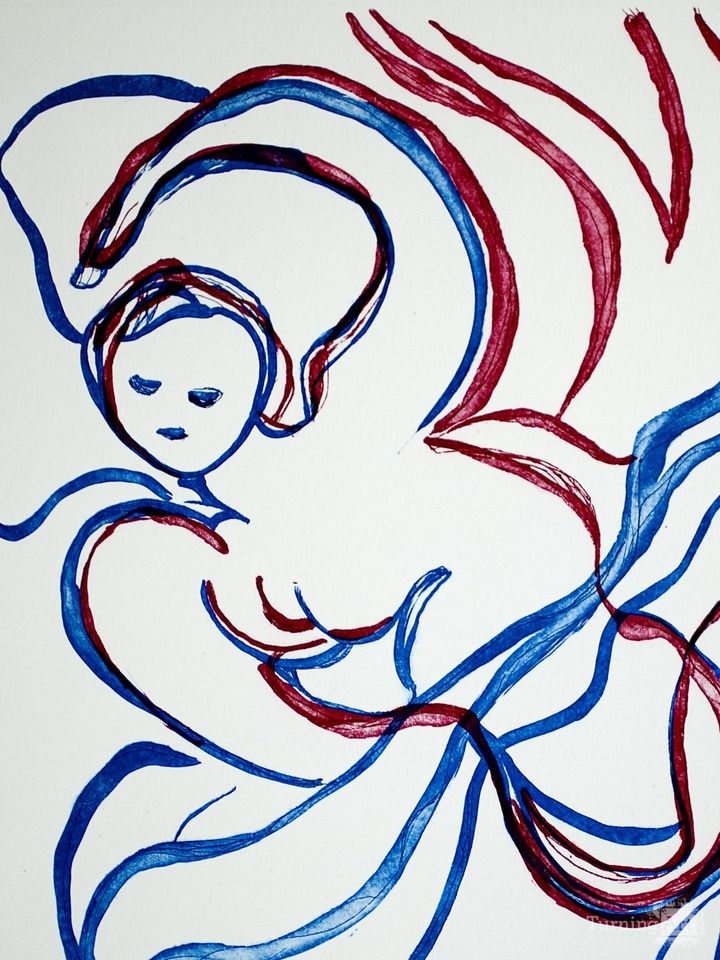 A woman sleeping or space travelling as subject. Rendered in primary colors – red,white and blue. This is a monotype which is a one of a kind image printed only once so that the etching plate is destroyed.

Other works by Esther Garcia Eder

Esther was born in Buenos Aires Argentina, and studied painting as a young woman under renowned Argentine painter "Emilio Petorutti":http://en.wikipedia.org/wiki/Emilio_Pettoruti. At 24 she moved to the United States, married, and raised seven children. She returned to painting full time in 1980 and since then she has lived and worked in Boston for many years, and has studios in Boston and Vinalhaven Maine.

Esther has shown and continues to show her work in France, Maine, and Boston. Esther participated in the 2003 Florence Biennale and her work is in the collections of the Rose Museum at Brandeis University, at the Morrison Library Print Collection at UC Berkeley in Berkeley California, The Print Collection at the Boston Public Library, and the Art Institute Collection in Savannah, Georgia. Esther is represented in many private collections in the United States, Argentina and Europe. Her most recent exhibitions have been in the Inter American Cultural Center (Villa Victoria) in Boston, at the Gallerie Claire de Villaret in Paris and at the New Era Gallery in Maine.