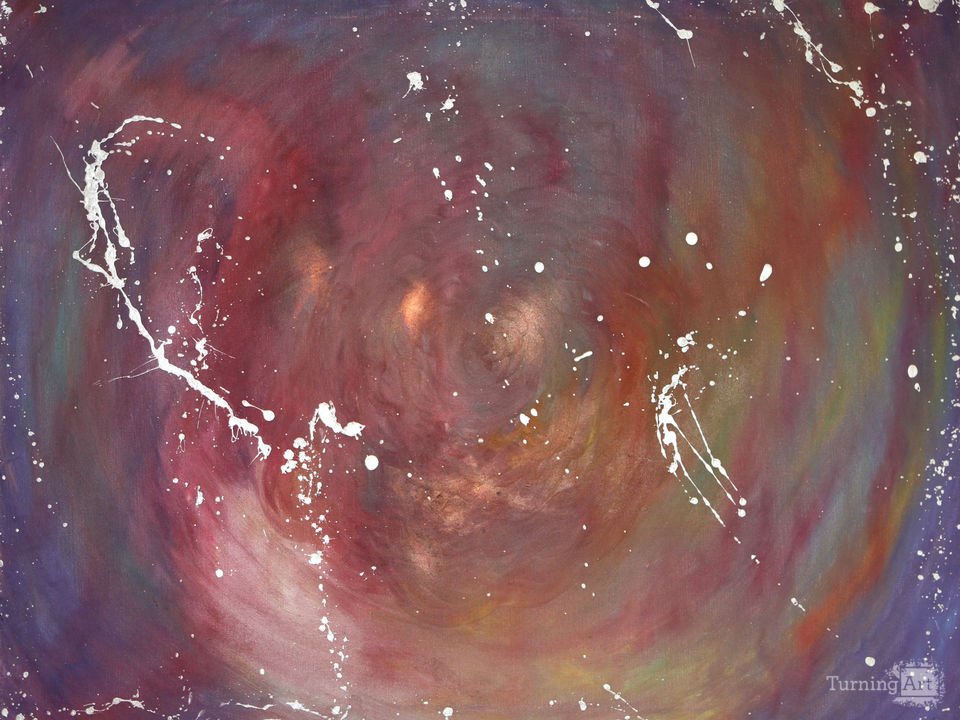 Ascent represents two bodies hurling upwards toward each other surrounded by atmospheric creative energy. This is my personal favorite piece that I am unable to part with. It reminds me every day to keep moving forward, trusting that everything around me is in its rightful place

Kelly Lynn Kimball is an abstract artist specializing in oil pastels. She uses her hands, instead of brushes, to blend and paint. Originally from Michigan, her inspiration comes mostly from nature, as it was all around her. Art Consultant Brenda Harrop had this to say about Kimball's work: "Kelly's approach to oil pastels is sensuous, allowing for touch rather than brush to dictate the form. She emphasizes texture and color by allowing planes of oil pastels to blend in and out of each other across the canvas or linen, using strictly her hands and body movement to paint. A superb colorist, Kelly responds intimately to the elements of nature and the natural flow of the seasons…"