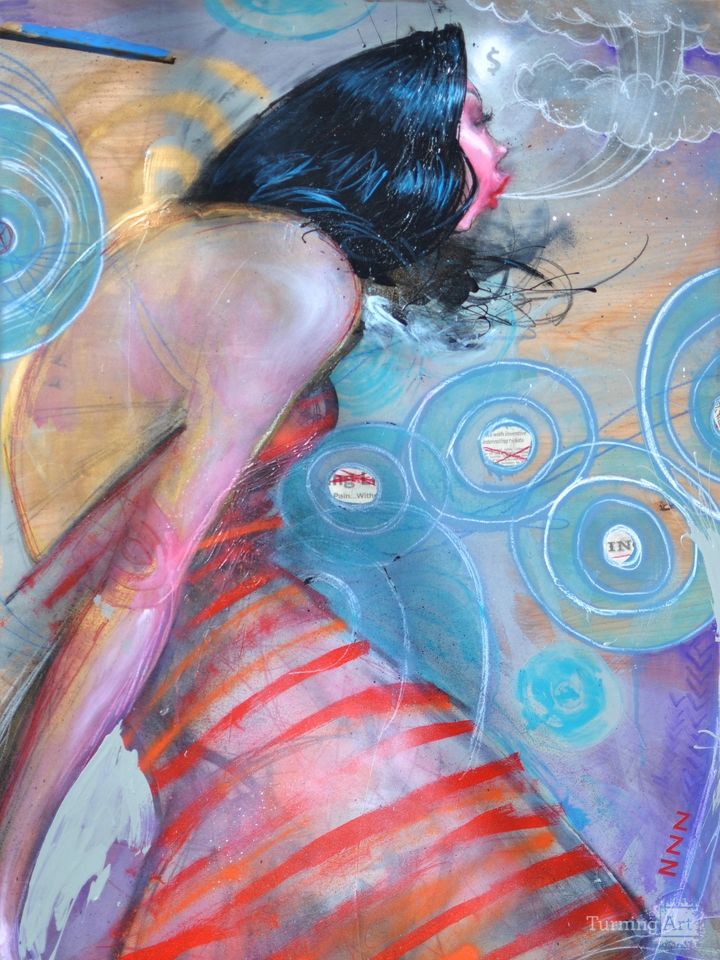 The American Woman. This piece was done live at a west philly music festival. For all the emptiness out there.

Other works by Jon Swartz

About a year ago Jon and one of his buddies went on a cross-country road trip adventure. He painted and sold his work on the road for extra money. This trip really made an impact on Jon, and changed his way of thinking. He started out in Philadelphia looking for a graphic design job, and returned home 3 months later, just wanting to paint. Since then he has been trying to push himself to follow through with all his ideas, and see them become a reality. The traveling lifestyle is something Jon wants to continue throughout his life, and he plans on selling his art at music festivals throughout the country next year.

Jon went to Tyler School of Art and got a BFA in graphic and interactive design. he lives in Philadelphia, and works as a freelance illustrator and designer. He enjoys doing live art at music festivals, concerts, or just for the hell of it. Jon's favorite way to create art is in the public, as he grew up doing a lot of graffiti and he mostly work in mixed media, using acrylics, spray paint, china markers, photo collage, and found objects.