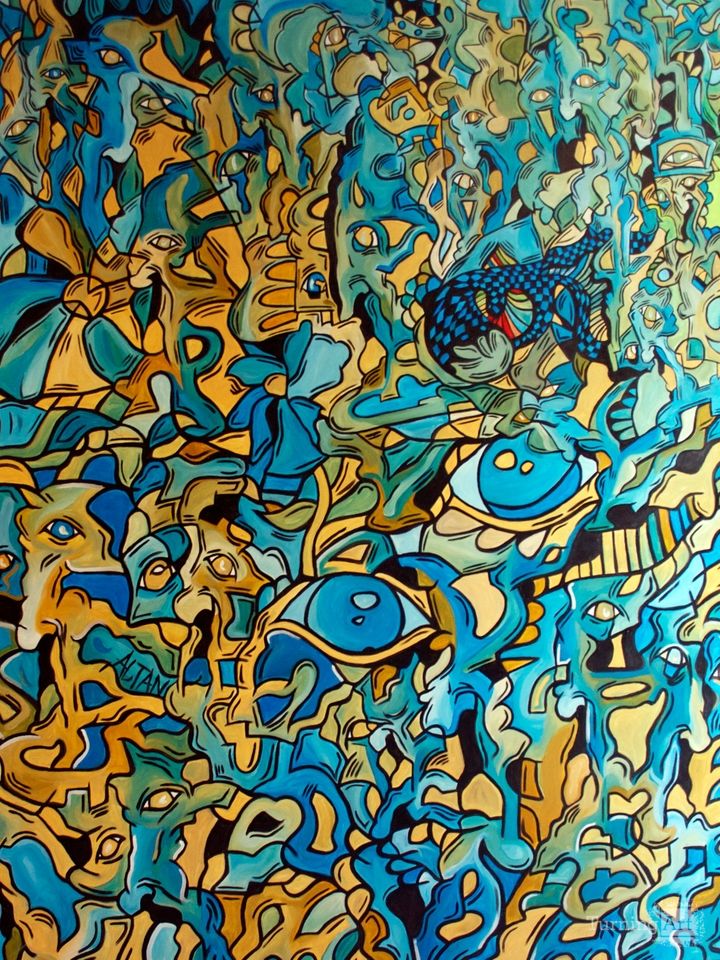 Altered States of Drum and Bass

This piece was inspired by the Lower East Side of Manhattan where I spent the better part of my youth. During the 90's the streets were full of art and the sounds of Drum and Bass music poured out of many lounges. It was a great time for downtown manhattan.

Other works by Steve Altan

Steve Altan began his graphic design career as a toy and packaging designer and has worked with such companies as Warner Bros., Harley Davidson, and West Coast Choppers. West Coast Choppers founder and CEO, Jesse James, personally chose Steve to recreate his custom cars as radio controlled toys. Later, Steve left the toy industry for the fashion industry where he was able to apply his painting and drawing style to his work designing graphics for apparel. He has since worked with many famous recording artists and athletes: Jay Z, Nelly, Diddy, Trey Songz and Alan Houston of the NY Knicks.

Steve’s inspiration comes mainly from music, politics and the streets of New York City. In his paintings he brings together elements of pop art, graffiti and cubism to create his own style.

Lately, Steve has been digitally designing fine art posters of rock bands, people, and songs that have inspired him and helped to mold him into the artist he is today. He continues to work in the fashion industry and has recently launched the brand Rock Beats Paper- inspired by art and music. Visit www.rockbeatspaperbrand.com for the latest collection of wearable art.