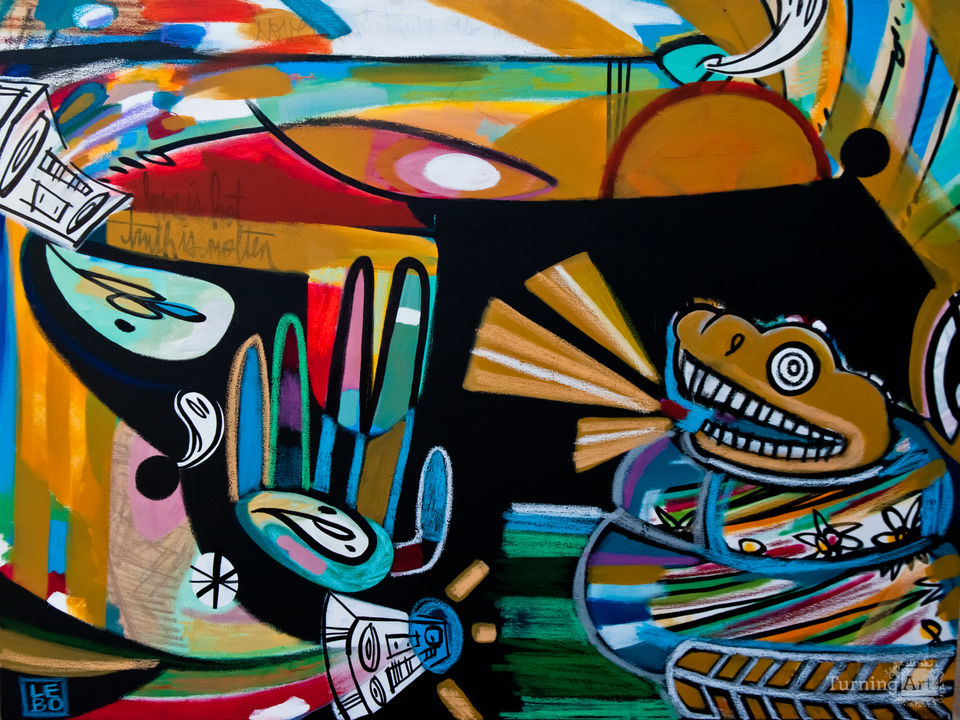 All The Things We Thought We Knew

For the ancient mayas the snake was sacred and they had many representation for the snake. One was the snake with it's mouth opening and light radiating out from it. so often what we see as fearful is actually a blessing in disguise.

Other works by David Lebatard

David LeBatard (also known as LEBO) is a Cuban-American artist based in Miami, Florida, best known for murals, live painting, and sculpture. He has been described as one of South Florida's "most recognizable artists" and "almost an institution" in the art world for his wide range of media projects, and unique mural locations. Which include wonderful places such as New York City all the way to Madrid, Spain. Recently David worked with Gloria Estefan creating her new album cover, and also painted a beautiful mural for The Boys & Girls Club sponsored by Lebron James.

Lebo was born in New York City in 1972 to Cuban parents. He was raised in South Florida where he attended the Chaminade-Madonna College Preparatory School in Hollywood, Florida. Then he attended Florida International University. David entered and won the 1990 Silver Knight Award for art then later judged that competition. David was a lecturer in residence at the International Museum of Cartoon Art while attending Florida International University, which he graduated from in 1995.

LeBatard has collaborated extensively with various musicians. He appeared and toured with Thievery Corporation, the Beastie Boys, Bela Fleck, Burning Spear, Disco Biscuits, Cuban band Conjunto Progresso, and Arturo Sandoval, among others, creating live art while the groups performed. He has also designed CD cover art and other artwork for Phish, The Spam Allstars, and the Latin Grammys. He has appeared in Mexico City, New York, Chicago, Los Angeles, and Jamaica for various site-specific art projects, including a trip to the Amazon funded by the Ford Foundation.

His inspirations are musicians from classic Cuban bands to Jazz and rock legends such as Jimi Hendrix, but most of all life is his greatest inspiration.