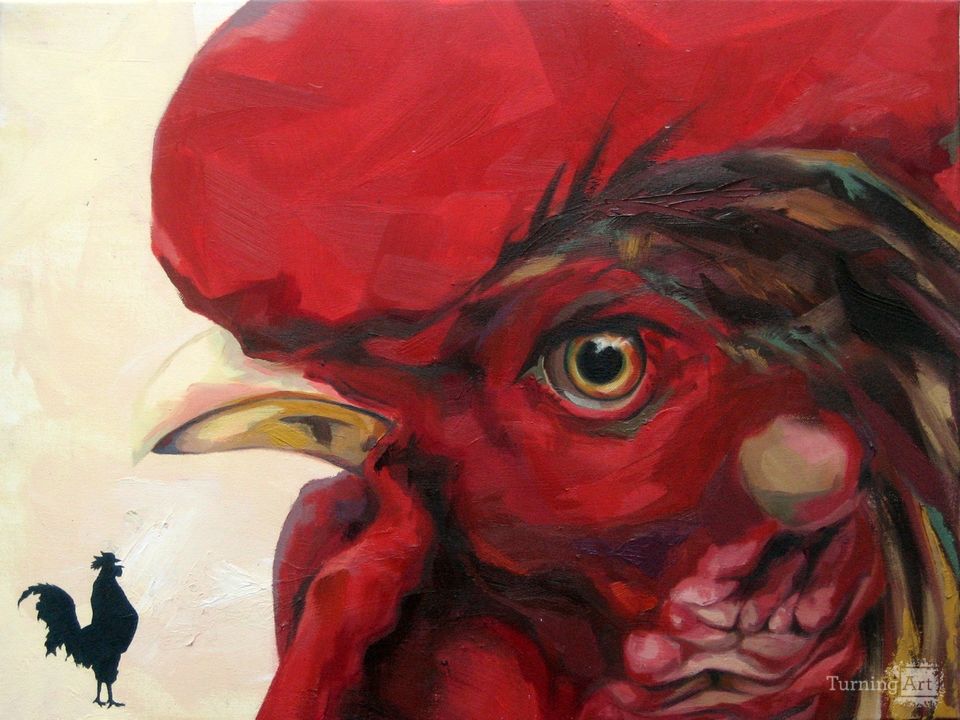 The bird's aggression (at times unjustified) is associated with arrogance, lust and anger. The rooster is emblematic of machismo ideals and a patriotism that spans cultures both domestic and abroad. They preach pride. When roosters engage each other in political discussions someone always has the right answer. Some roosters are just stronger than others.

Other works by David Robbins Estrada

Based in New York, NY, David Robbins Estrada thrives on the cultural and artistic diversity that the city has to offer. David studied at the Stevenson Academy of Traditional Painting and earned a B.F.A. from Cornell University. He also attributes his artistic growth to time spent in Italy, Puerto Rico, and other cities throughout Latin America.

David’s series and subjects have ranged over the years, but his paintings continue to draw from aspects of the human condition. Even his “Fowl Propaganda” series, although perhaps the most non-human in form, is very much inspired by the inherent and projected man-like traits the animals exude. David explains, “Painting gives me the opportunity to create characters, each with their own personality, and set up both real and imagined interactions on and off the canvas.”

His paintings combine his traditional understanding of technique with a more modern sense of expression through juxtaposition of color, varied application methods and shifts in viscosity of paint. His painting style, while representational, often suggests plasticity in both material and ideas.