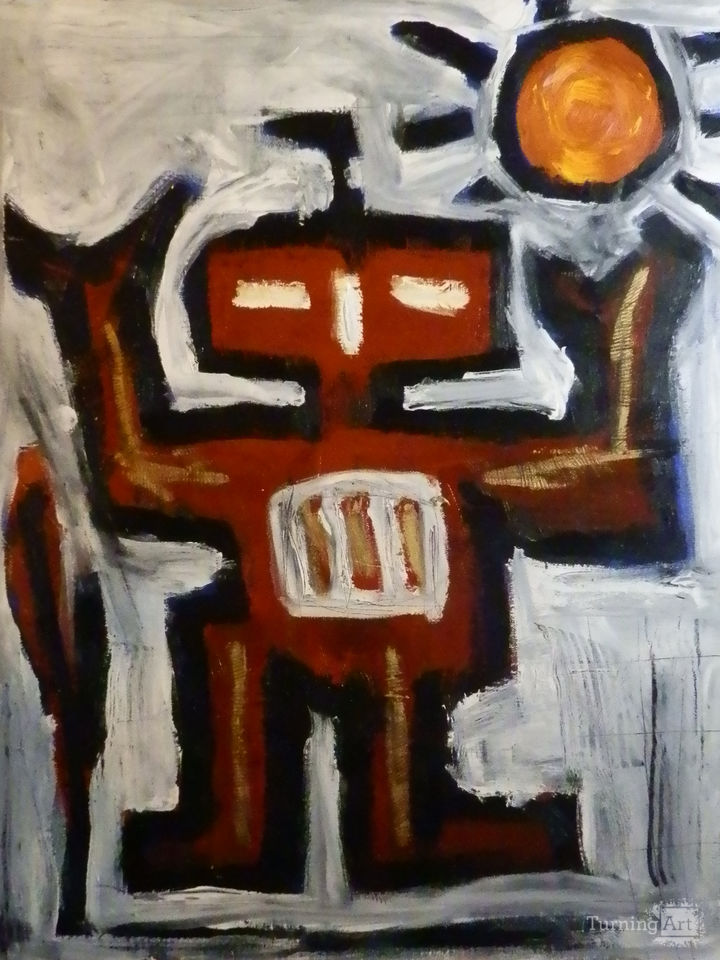 Alien robot on a cold planet

Other works by David Abse

David Abse was born in London in December 1958. Never, however, has he felt simply English. In addition to “brainwashing” him into supporting Wales’ Cardiff City Football Club, his father maintained that he was “half Welsh and half Jewish and half English.” His mother, Joan, was from Lancashire, and her parents were English and Scottish. She moved to London as a young woman, where she met David’s dad and, after bringing up three kids, became a renowned art historian. Though perhaps more than either of his parents, David’s maternal grandfather, Jack Mercer, had a hand in shaping his identity. A career shop steward in the Pilkingtons’ glassworks, he went to art school every day after retirement, a full 30 years.

Despite his father’s determination that he should get a “proper job,” David went to art school in Wolverhampton and worked for many years in the voluntary sector—first as a union representative and later as CEO of Islington Voluntary Action Council (IVAC). After leaving IVAC in 2005, David set up a freelance consultancy business, Toosh, that would still be thriving if not for the “bizarre decision of the U.K. populace to put the Tories in charge of ruining the country.”

Over six years ago, he moved to the south of France and returned to painting, drawing and printmaking full time. David now lives with his family in a small house in the village of Bize-Minervois in the Aude. He thinks of himself as Londoner all the same—a half English, half Welsh, half Jewish Londoner. It is no surprise that many of David’s paintings focus on issues of identity.