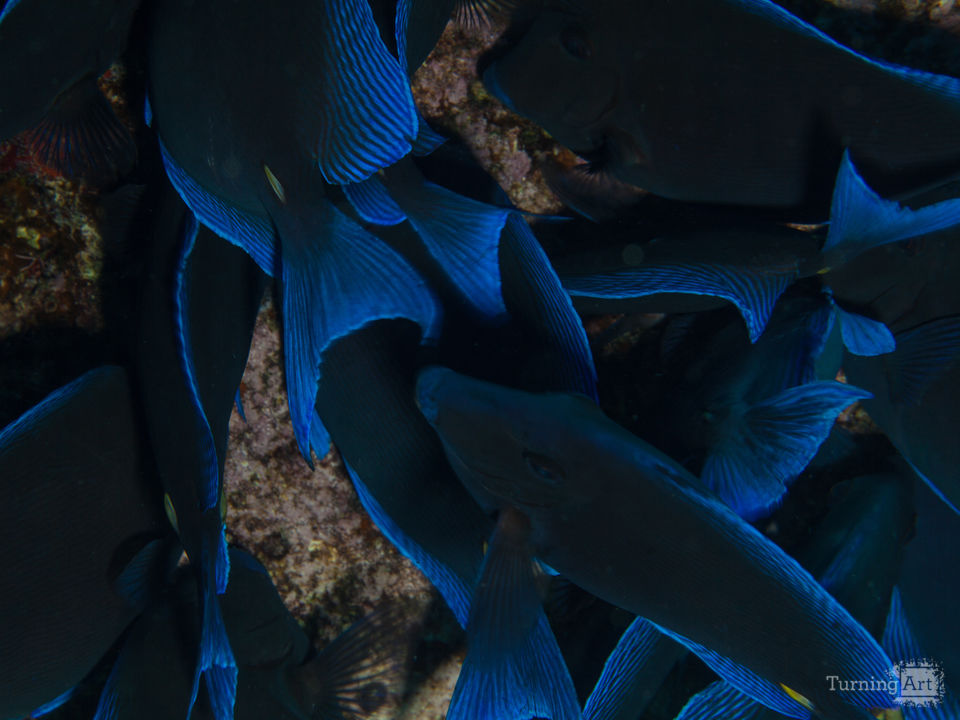 Other works by Deborah Liljegren

For a long time, Deb referred to herself as a photographer rather than as an artist. She did this because the majority of her work was done in the photographic medium and her camera had been, in many ways, her champion.

She grew up with cameras, films, and the other photography accouterments being as normal to her as baseballs or dolls were to other kids. She learned to take what was there, what was real — the light, the dark, the mood, the balance, the air — and translate it through the lens. Having a deep affinity for water, she merged these two passions and began creating underwater work. In the water, everything that we know goes away — noise, gravity, perceptions — there is tremendous peace and it allows Deb to create visual enigmas that calm rather than confuse.

Even with this devout love of photography, Deb had always worked in other media. Yet it felt false to her to present this other art because she had been subscribing to an unwritten rule that dictated that she could only be a photographer, only be a painter, or only some other type of artist. As soon as she let go of this rule, she says that she started to delve into "what makes me, me."

For as much as she is exploring inward and striving forward, she looks backward as well. History plays greatly into who she is and where she will go and it has inspired Deb to revive a classic role of an artist, that of a painter. She wants to forge something more than just an image; she wants her paintings to continually morph. That which we actually see is an interpretation — the viewer’s — and that changes with each person, lighting, environment, and more.

What continues to result from this self-exploration is a body of work that strolls different avenues of creativity while applying equally different media. In many ways, Deb's work seems like the work of multiple artists … or perhaps multiple personalities. "There is no rule that says that I am allowed only one personality. I could not abide such a limitation. After all, I am an artist."

Deb was the 2018 and inaugural winner of the St. Barth Photo Festival.