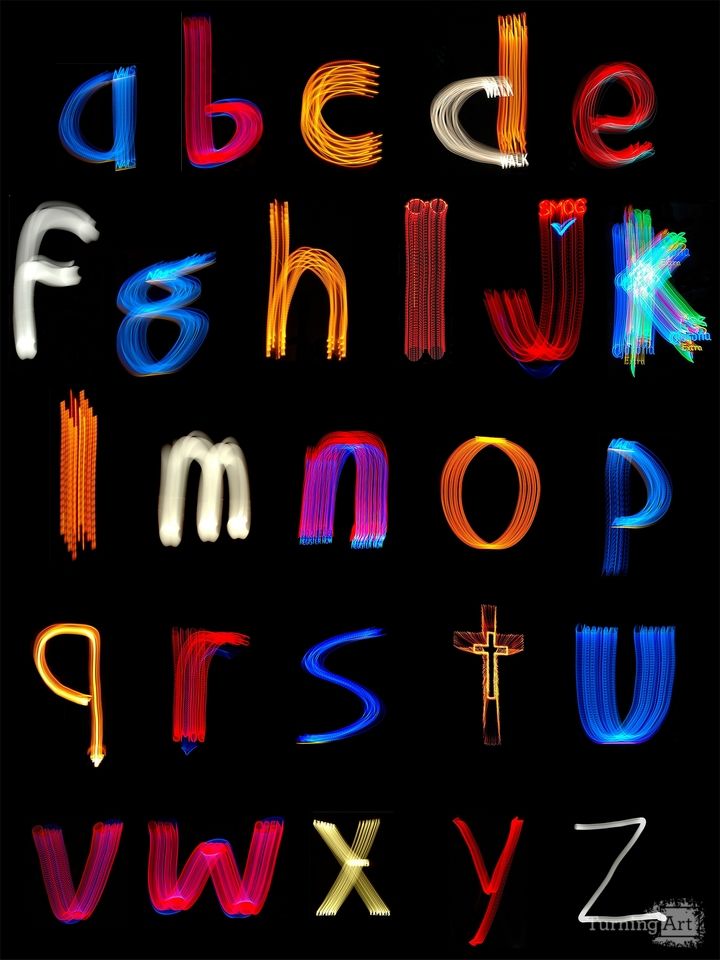 This is a poster of 26 photographs I shot of lights I found while driving around at night in the SF Bay Area. Each photo is a light painting; a long exposure with camera movement to create the shape of the letters. I put them all together in photo shop to create this poster image.

Other works by David Klein

David Klein studied film, theater arts and philosophy at San Francisco State University. After graduation, he began acting and directorial training at SFSU and at a local theater academy. After appearing in a few productions he decided to put his artistic life on hold while he focused on his family and work as a real estate agent in San Francisco.

An amateur photographer for nearly his whole life, in 2006 David returned to school to study photography and art at the City College of San Francisco and took up acting again. He has acted in several local films and had the lead on a Biography Channel TV program.

In 2009, David was inspired to use his photography to create designs for fabric prints after discovering how he could "paint with light” by taking photos of street and neon lights at night using long exposures with camera movement to create abstract images. In essence, he moves his camera like a painter moves his paint brush, creating imagery that flows and moves in shapes that reflect the human form and work perfectly for printing on fabrics for fashion and can be applied to a range of products. David also loves to take photos of people, places and things which he uses for creating designs for fabric prints and designing fashion with his prints.

See David's fashion design he created with his prints at www.davidlouisklein.com