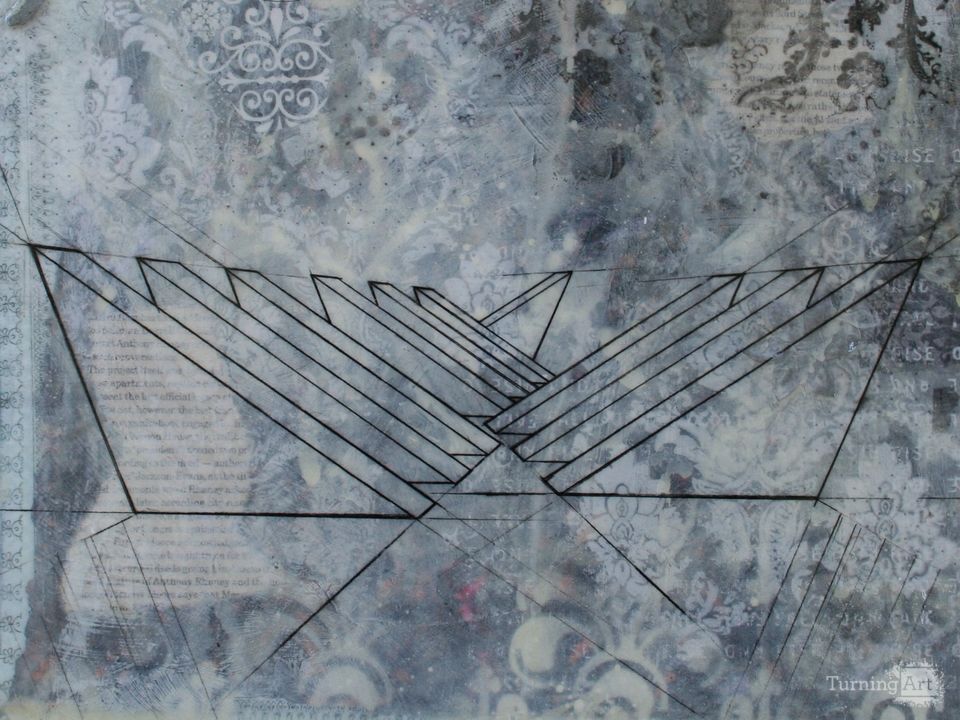 Organic and manufactured forms along with portions of text and images from blueprints & diagrams are fantastically layered to create environments that feel engineered and beautifully toxic. In many of these works there is a sense of expectation that some sort of powerful event might occur. The objects could be anywhere, and the complex physically worked surfaces can become so dense that there is little room for anything else. Blending of organic forms with manufactured surfaces suggests technology run amok and a natural world in accelerated flux. These richly layered and obsessively detailed environments leave you with a feeling of being taken out of time as well as out of place.

Other works by Chris M. Clark

Chris Clark grew up in the suburbs of Philadelphia. The son of a carpenter and a nurse, Clark was introduced to graphic arts by his grandfather who is a sign painter. It was apparent that Clark was interested in art at a young age and he was enrolled in after school and weekend art classes.

Throughout grade school he was exposed to sign painting and fabrication and various forms of residential and commercial construction. Sign painting and construction became very influential to Clark’s work as his style began to develop in Art School. A graduate of Kutztown University with a degree in printmaking, Clark now lives in the city of Philadelphia. He has shown his work in various galleries in the Boston, Philadelphia & New York Metropolitan areas, Los Angeles CA, New Jersey, Maryland, Allentown and Harrisburg Pennsylvania.

"Check out this article about Chris' work on Curbs and Stoops": http://www.curbsandstoops.com/chris-clark/