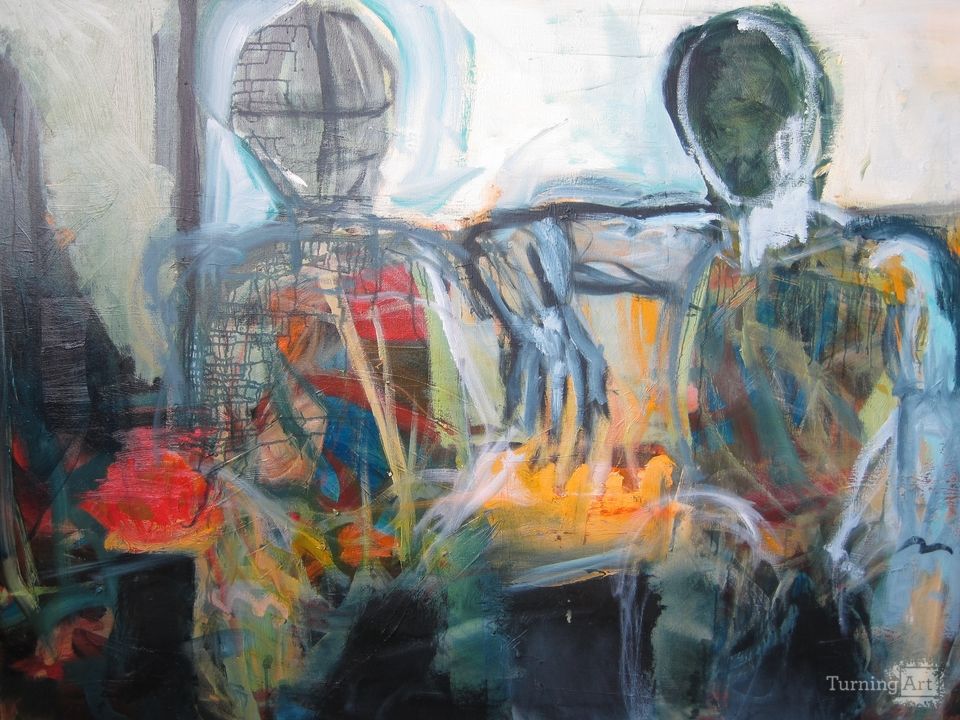 The 7 train runs from Times Square/42nd St to Queens. I take this train with my dad when we go to NY Mets games. It's one of the older trains in the NYC subway system and still has the yellow and orange seats.

Ezra Cohen was born in 1993 in the Hells’ Kitchen neighborhood of New York City where he continues to live.  Having never attended conventional schools, Ezra has always enjoyed the freedom to learn about whatever interested him.  What interested him more than anything was making art.

He’s been exhibiting his art annually in the community since age ten.  His first showings were group exhibits at the Cusick open studio shows.  In 2006, 2007 and 2009 Ezra shared exhibits with his mentor, Edla Cusick, at Druid’s, a Hell’s Kitchen restaurant that showcases local artists.  He’s shown his paintings in group and solo shows at Domus, a neighborhood storefront that exhibits area artists and artisans, including a benefit show for Haiti earthquake relief.  In 2010, a trio of paintings was chosen for a juried show, Weather and Atmosphere, at The Caladan Gallery, based in Cambridge, Massachusetts.  His paintings can be found in private collections from New York to New England and California.

Ezra began studying oil painting with Edla Cusick at age nine.  A year later he enrolled in the children’s summer program at The Art Students League of New York and when he turned thirteen, began taking adult classes there.  He’s also studied life drawing at The Fashion Institute of Technology.  In 2011, Ezra was awarded a full _scholarship to attend The All Access/Visionary Studio summer program at New York University.  He continues to study with Edla Cusick in her studio, as well as with master teacher, Knox Martin, at The Art Students League.