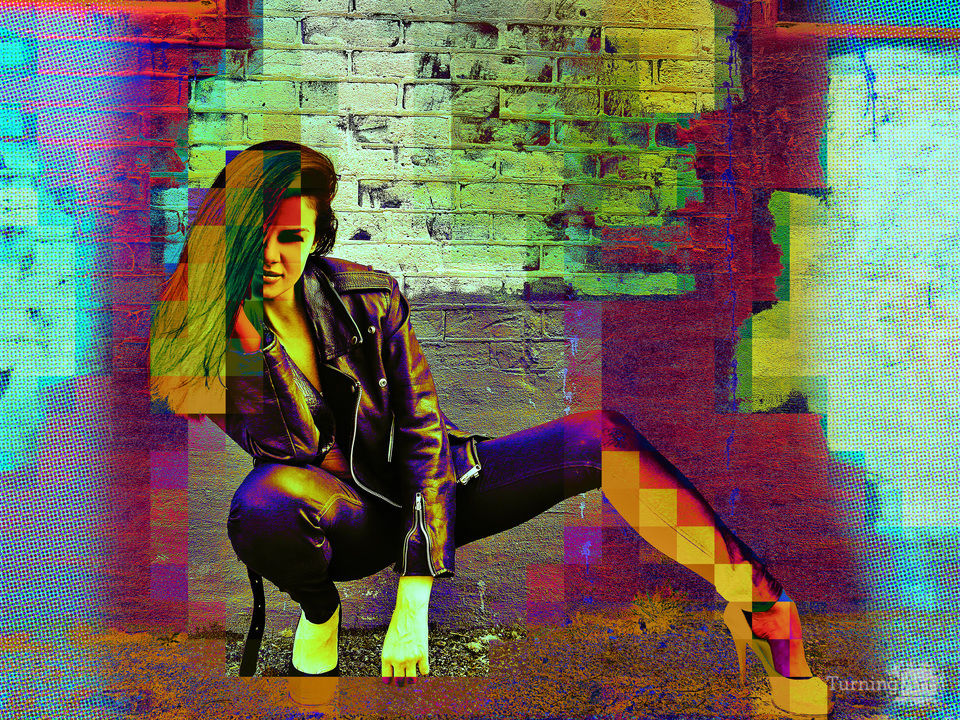 This piece is part of my hi tech fashion series called TechnoLuv. A combination of the organic female beauty against various backdrops, all elements of these works are drawn from the original image. Each piece is a blend of at least 5 manipulated image layers resulting in a dynamically textured composition.

Other works by Ari Rosenthal

A native of Milwaukee, WI, Rosenthal holds a B.A. from the University of Wisconsin–Madison and an M.B.A. from the University of Minnesota. During the 1980s and 90s, he, a talented musician, played sax, flute, and EWI in various bands within the Milwaukee, Madison, and Minneapolis areas. In 2003, he returned home from Los Angeles and created OzMoses – a design, video, music, and marketing company. In 2004, OzMoses shifted heavily towards photography and videography and, in 2008, became Ari Rosenthal Photography.