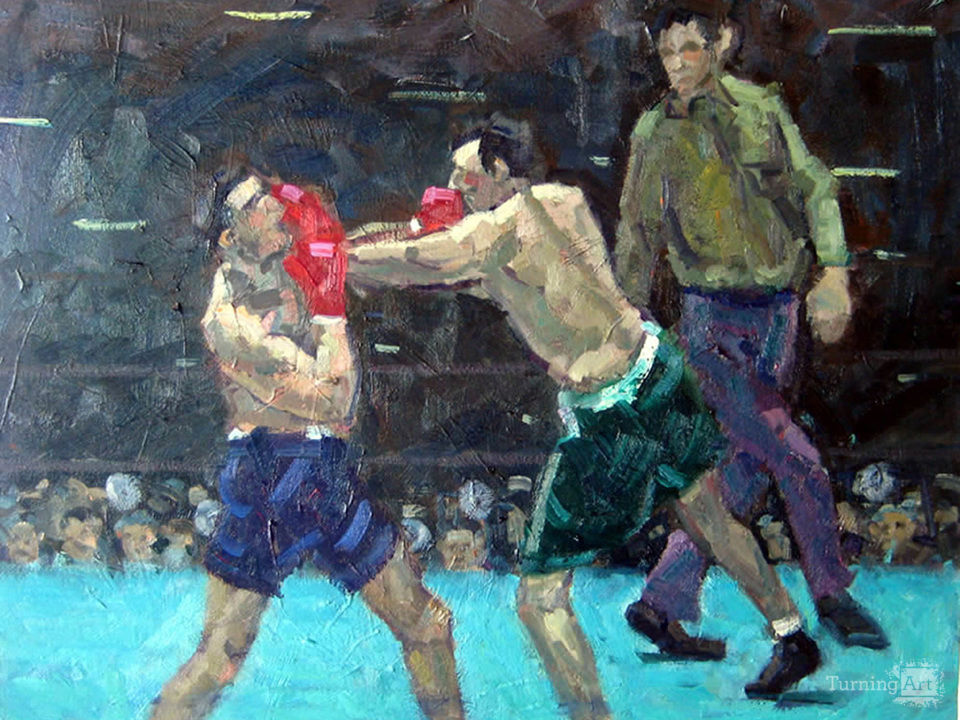 I boxed many years ago and came to love the 'sweet science'.. I've been to prize fights to take pictures for paintings. This one was of course not a fight that occurred in my lifetime but I loved painting it. Jack Sharkey and Max Schmeling were fighting for the World Heavyweight Championship, which had been vacant since Gene Tunney, the previous titleholder, retired on July 31, 1928.
The Ring Magazine rated Sharkey as the #1 heavyweight contender and Schmeling was rated #2.
Sharkey won the first three rounds, but he was disqualified after he landed a low blow late in the fourth round. Schmeling became the first boxer to win the World Heavyweight Championship on a foul!

Other works by Philip Levine

Ever since Philip started painting 30 years ago there was one main focus that resonated with him: the figure. He studied anatomy for artists and spent hundreds of hours learning, experimenting with color, composition, and drawing. Because he's spent well over a thousand hours painting the figure from life it's enabled him to stretch out and create more interesting canvases using the camera as a tool. Some of the themes he's painted include NYC street scenes, boxing (he boxed years ago), the Civil War, the Indian Wars and a series of paintings of imaginary scenes inside museums pulling together a variety of images to create those paintings.