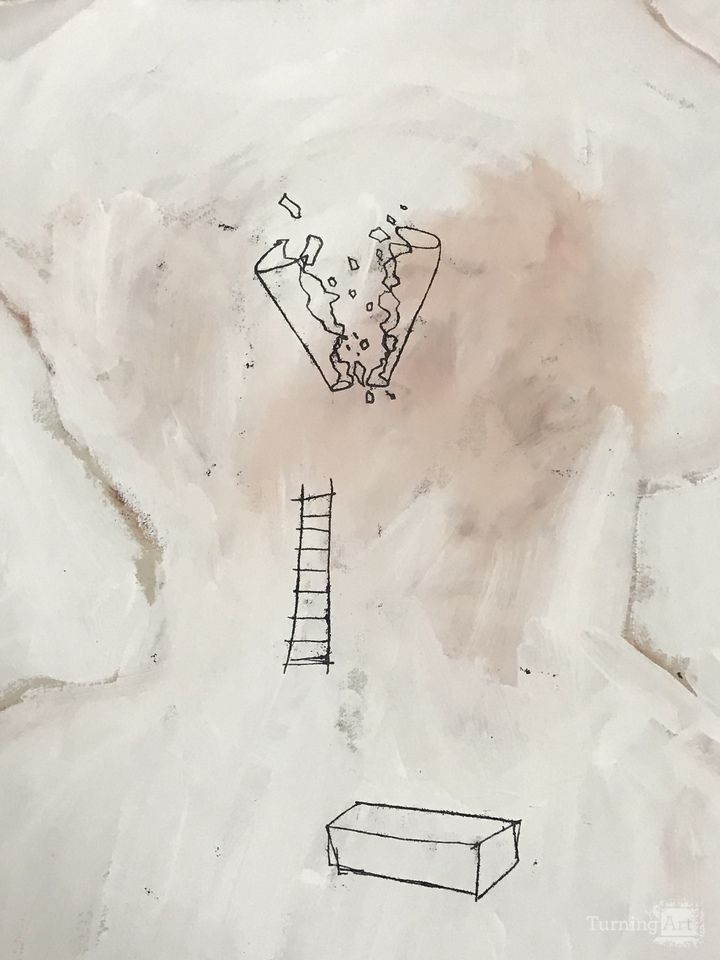 Self Portrait as Rembrandt #2

I am often thinking about my relationship to mental health, and one question that continues to come to mind is "how much is too much?" We are taught to aspire to become great, like Rembrandt, or Michelangelo, or Van Gogh, but too often times that aspiration is bemoaned as delusional. This artwork is an attempt to find my aspiration within the vision of art history.

Other works by Matt Bodett

Matt Bodett lives and works in Chicago, Illinois. His practice developed from a diagnosis of schizoaffective disorder and an attempt to express this lived experience through artistic media. This confrontation with madness has allowed him the opportunity to be a MacDowell fellow, an incubator artist with High Concept Laboratories, and a 3Arts/Bodies of Work fellow. His artwork has been displayed nationally and internationally as part of the Douro Biennial, as well as galleries in Tehran, Milan, and Oslo. Bodett has also presented performance art as a 3Arts fellow at notable locations in Chicago such as Steppenwolf Theater, the Poetry Foundation, Intuit: The Center for Intuitive and Outsider Art, and Victory Gardens. His work has also been performed at the Freud Museum in London and as a part of the No Limits Festival in Berlin. Bodett currently serves on the Artist Council for 3Arts Chicago, and on the Advisory Board for the Institute for Therapy Through the Arts.