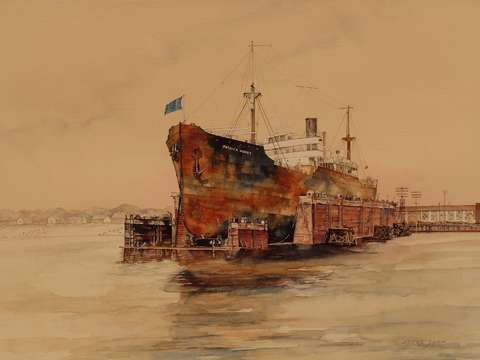 The "Empire Steelhead", her name later changed to the "Patrick Henry", was a 7586 GT cargo ship built by the Pusey and Jones, Co. of Gloucester, N.J. as commissioned by the Pennsylvania Shipbuilding Co. for the USSB in 1920.

She was assigned to the Lykes Bros.-Ripley Steamship Co. Inc., NY in 1933. In 1940 she was sold to a Greek shipping company and renamed the "Crete". She remained under Greek registry until 1951 when she was sold to an Italian shipping Co., Compagnia Marittima de Petroleo. She was eventually broken up at Savona, Italy in 1952.