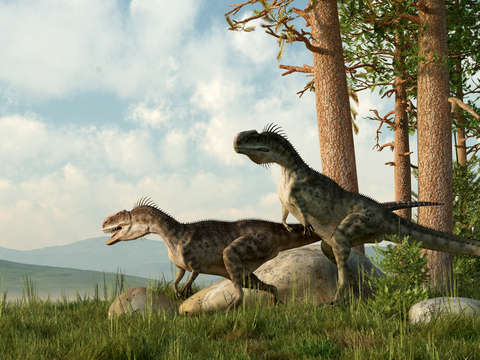 Monolophosaurus was a carnivorous dinosaur that grew to about 5 meters long. The only known fossil was found in China. For a short time it was called Jiangjunmiaosaurus. This artwork depicts two such theropods that have just emerged from the forest to hunt on open ground. There was no grass in the Jurassic era, but I imagine something with a similar look (horsetails perhaps) had to fill that niche. Consequently, I've used a ground cover that is a bit vague visually speaking.