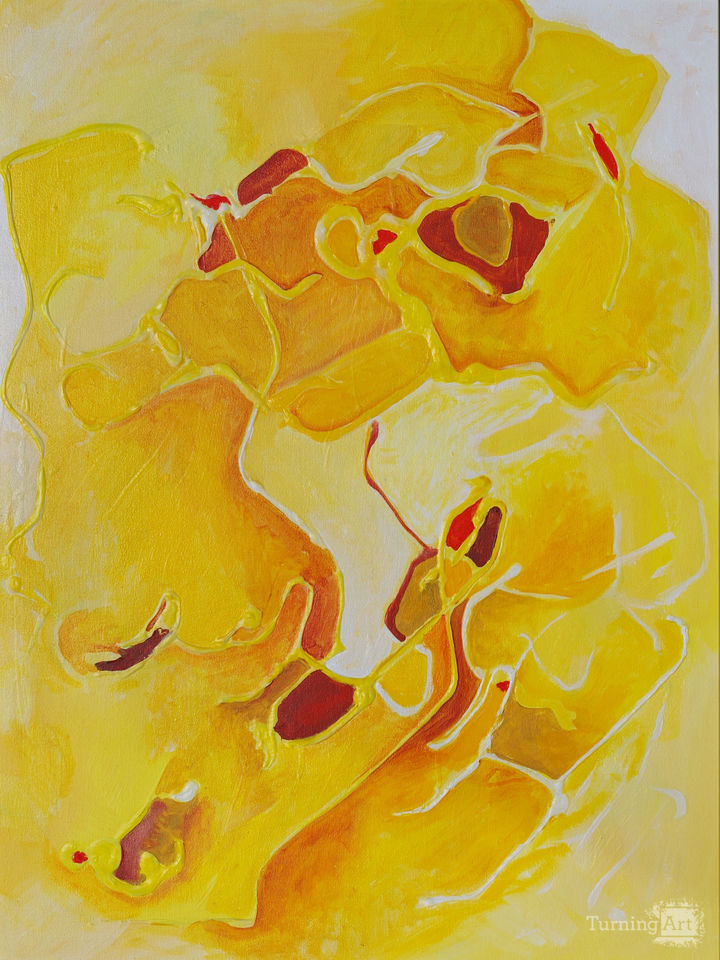 This is a painting on a recycled piece that I felt was no good. That piece had lots of thick paint squiggles on it so was textured. I repainted using this color scheme and while I painted, I kept thinking the old song, so it fit as a title.

Other works by Rosemarie Bloch

Rosemarie Bloch loves to organize accidental paint splashes and to manipulate color. Over the years, Rosemarie's artistic investigations have led to an obsession with the grid that humans impose on the natural world. For Rosemarie, the grid is symbolic of how our world has been divided into isolated groups based on wealth, religion, and politics. She believes that while people want to belong to groups in order to forge an identity, the process of doing so cuts one away from society as a whole.

Rosemarie was born and raised in Cincinnati, Ohio, and now lives in a nearby town called Okeana. She received her artistic training in high school under the tutelage of a talented nun. Rosemarie eventually earned a scholarship to the Art Academy of Cincinnati where among her instructors was Julian Stanczak, a prominent American Op Artist.

These days Rosemarie is working as an instructor at the Middletown Arts Center in Middletown, Ohio.