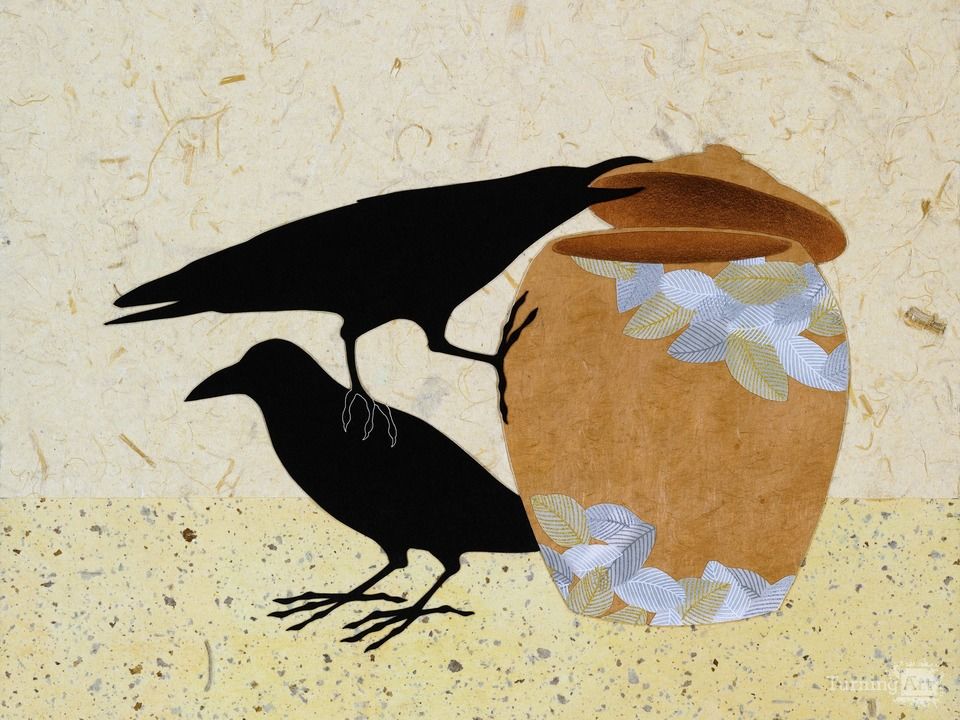 Leave Some For Me!

Teamwork is key. These two sneaky birds will raid your kitchen if you don't watch out.

Other works by Kamilla White

Kamilla White studied fine arts at Washington State University, earning a Bachelor of Fine Arts in painting with a minor in ceramics. She spent six months living and working in London after graduation, and eventually moved to Seattle where she began showing her work at the "Art/Not Terminal Gallery":http://www.antgallery.org/.

Kamilla has been observing the behavior of crows for a number of years and she began using crow and raven imagery in her work around 2001. She is intrigued by their keen intelligence and their intricate evolutionary relationships with human beings. Inspired and encouraged by Native American artist Betty David, Kamilla embarked upon her own adventure in small business ownership by founding "Raven Lunatic Studios":http://www.nevermorrigan.com/.

Kamilla currently maintains her studio practice in Seattle, Washington, and she plans to continue consulting the corvid community for inspiration and ideas for many years to come.