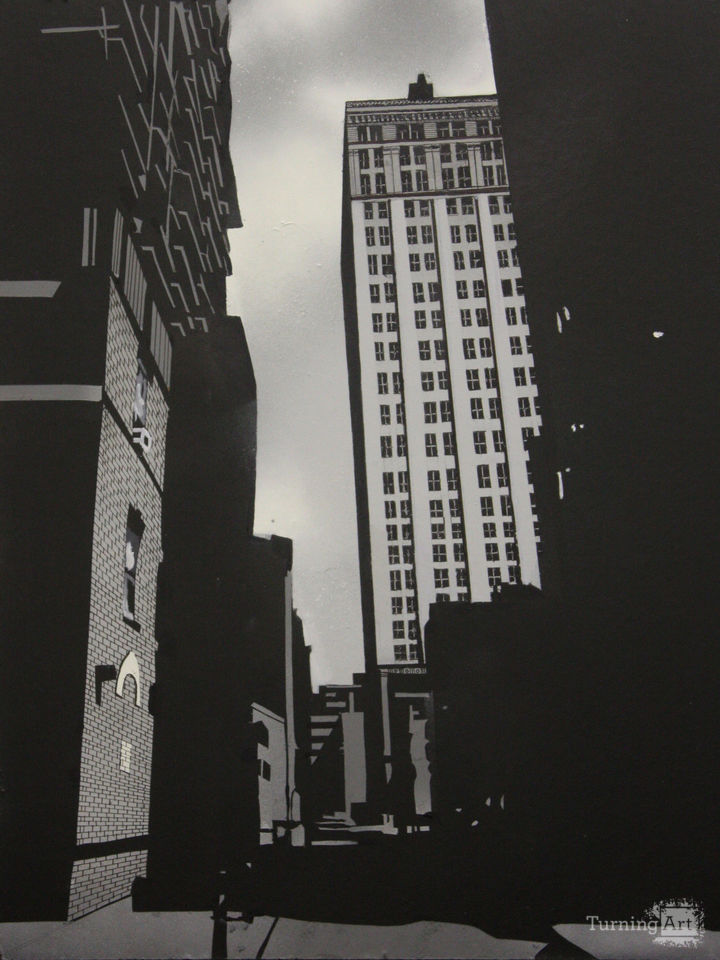 Latimer Street in Philadelphia, PA showing strong contrast of light and dark black and white big and small. This piece was made entirely with spray paint.

Other works by Erik Weedeman

Erik Weedeman is an illustrator from Philadelphia, Pennsylvania. He graduated in 2011 from the University of the Arts in Philadelphia receiving a B.F.A. in illustration. Most of his work consists of city scapes and portraits, but he has also designed logos and posters for several small businesses in and around Philadelphia and New York City. East coast cities like Philadelphia, New York City, Brooklyn, are his favorite places of inspiration; Erik loves the architectural charm, the grime and grit, as well as the juxtaposition of new and old. Painters such as "Edward Hopper":http://en.wikipedia.org/wiki/Edward_Hopper, "Jeff Jordan":http://www.jeffjordanart.com/ and comic book artist "Glenn Fabry":http://en.wikipedia.org/wiki/Glenn_Fabry are some of his most significant influences. Erik is proud to have exhibited his work at the nationally recognized "Rittenhouse Fine Art Festival":http://www.rittenhousesquareart.com in Rittenhouse Square Park, Philadelphia.