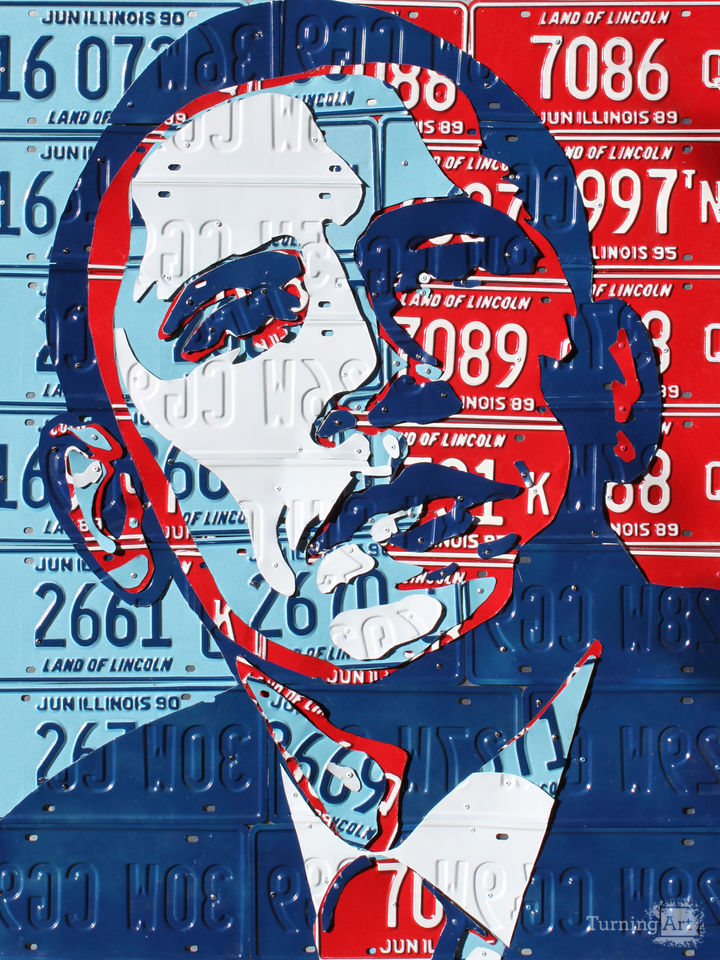 Other works by Drew Shade

The most common question Drew Shade gets about his choice to use license plates as the medium for his work is, “where did you come up with this?” The walls of his favorite watering hole in Pasadena, California, are covered with license plates, and in the back there is a map of the lower 48 states made out of plates. Drew saw it, and immediately wanted one of his own. For the next two years he spent an hour here and there working on his map, and realized just how much more he could do with them. License plates, after all, are more than just 72 square inches of metal; they’re geographical markers. People bring back novelty plates from vacations, they personalize the plates on their cars, and kids scour the highway for out of state plates to pass time on road trips. And, let’s face it, they’re made by convicted felons. He finds it truly amazing that something that begins its life in prison, only to spend years battling the elements on the bumper of a car, can ultimately end up as the primary medium in a piece of art. He hopes you enjoy viewing his work as much as he enjoys creating it.