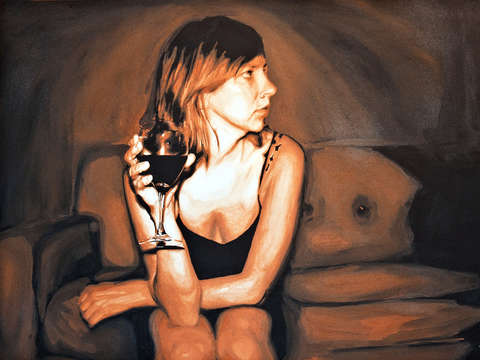 ‘El Momento Descuidado’ (Unguarded Moment) is a painting of my friend Amber. At the time I took this picture of her, I had no idea what this picture/painting nor the title I’ve given it would mean to me today.

In July she fell off a zip-line (hence the ‘unguarded moment’) and broke her arm in 3 places. She had to get plates put in and her recovery was going so well that 4 weeks after her surgery she was in soft cast, excited about her recovery, contemplating her future in ultra running, rugby, travel – that is when I took this picture. (she was able to take her soft cast off). Few days later one of her plates broke, which put her back into a hard cast and caused a bone infection. Today, she is still in the cast getting two doses of antibiotics through her picc line.