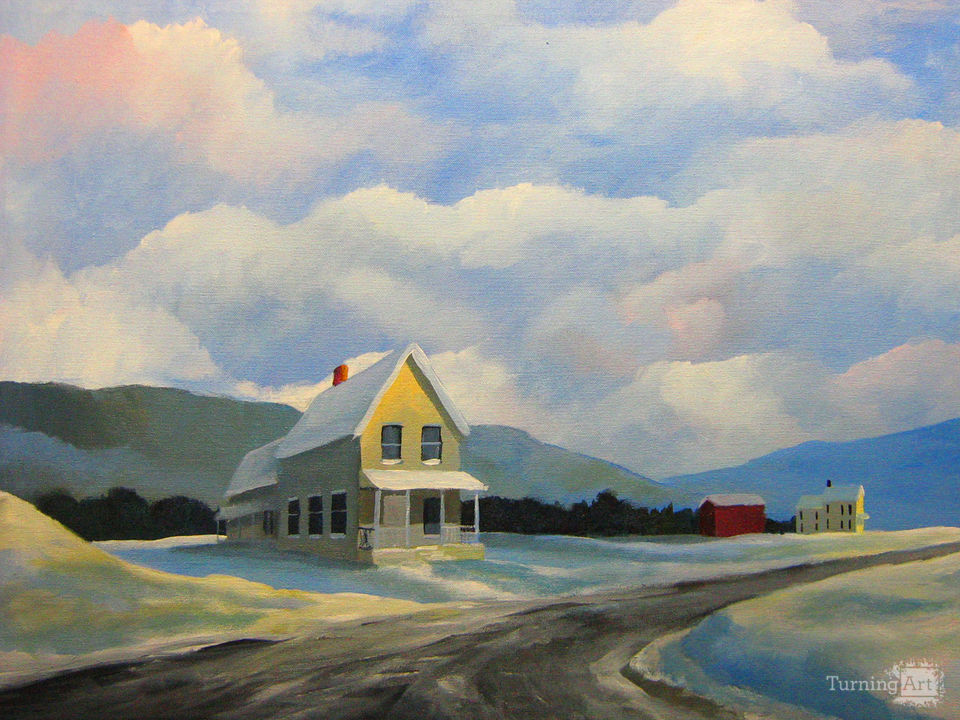 From my series of Vermont winter scenes

Robert Waldo Brunelle JR is a seventh generation Vermonter who has been exhibiting art since 1976. He is a painter, political cartoonist, book illustrator, kinetic sculptor and recently retired art teacher.

Robert was born in Rutland, Vermont in 1958, and his family has lived in Vermont since 1750. He attended Catholic schools as a lad, and was taught by elderly nuns, many of whom had also taught his father. Although there was no art program at his school, Robert discovered at an early age that he had a knack for art, and spent most of his youth filling up reams of paper with drawings of his favorite cartoon characters from the "Sunday Funnies":http://en.wikipedia.org/wiki/The_Sunday_Funnies.

In 1976, he attended St. Michael's College where hemet two wonderful art professors. One convinced him to add an art major to his history degree, while the other taught him how to paint. As a result, Robert graduated in 1980 with two degrees; one in fine Arts, and the other in history. After that, Robert earned a master's degree in art education from Castleton College in 1985.

From 1995 to 2011, Robert served as the president of the "Northern Vermont Artist Association":http://www.northernvermontartists.org/. His political cartoon strip, "Mr. Brunelle Explains It All":http://www.humortimes.com/2635/mr-brunelle-explains-it-all/, is currently featured on "Humor Times":www.humortimes.com.