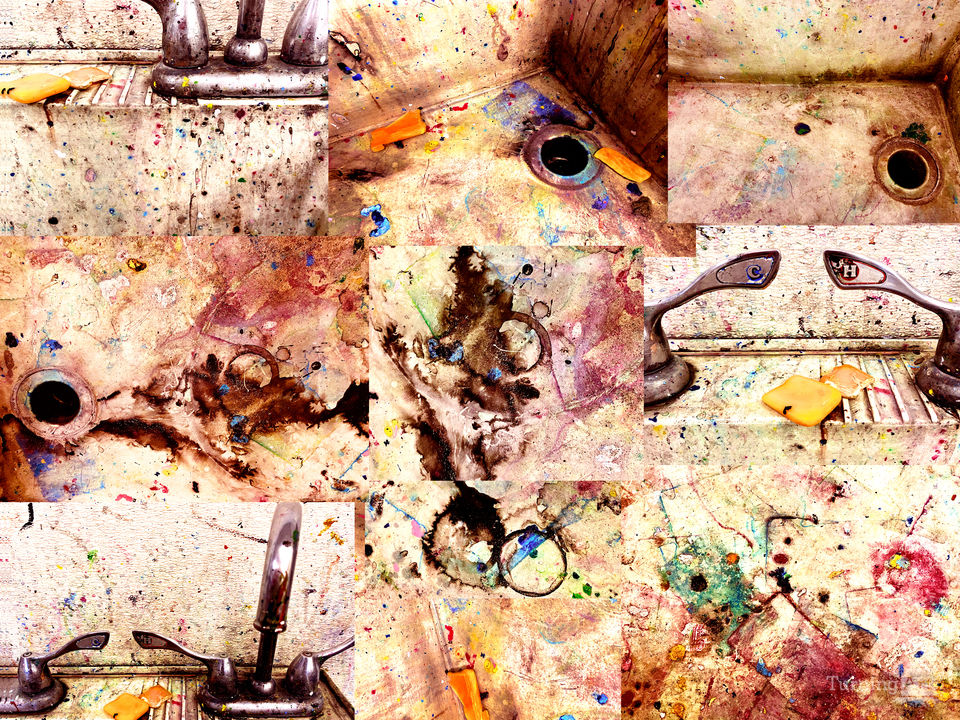 This is an assemblage of photographs I made in a high school are classroom on the sinks. I was substitute teaching and was lucky or smart to take the photographs when I did because I was in there a few leaks later and they had been cleaned. Never let a photograph go by I learned a long time ago.

Other works by Skip Nall

Skip Nall has been a photographer for what seems to him like forever. When he was about 12 years old, his father gave him an Argus Rangefinder 35mm camera, and he instantly fell in love with photography. A “few” years later, he was photographing advertising, corporate, and editorial assignments in Dallas, TX.

In 1995, American Airlines sent him to Germany to photograph a story on the popularity of the American cowboy there. It was his first trip to Europe, and it was eye-opening. He met people that really wanted to be American cowboys; these Germans were so enthralled with the idea that they even built replicas of Western towns. Later that year, American Airlines sent him France to photograph a story on wine. Going up into the French mountains to photograph wine chateaus was an exciting assignment. During this trip, Skip made his first visit to Paris and fell in love with La Ville-Lumière, The City of Light. While he was there, he decided to take a hiatus from advertising, take up residence, and concentrate on travel photography.

Skip has since returned to the U.S., but he still travels extensively, photographing the places and people he encounters along the way. He is also cofounder of the f8 School of Photography Workshops and teaches classes there ranging from basic photography to more advanced applications of HDR and Photoshop.